“The scale of the climate and energy challenge requires that larger conversations around policy and science be driven by international-level understanding and collaboration.”

— Paul Alivisatos, president of the University of Chicago 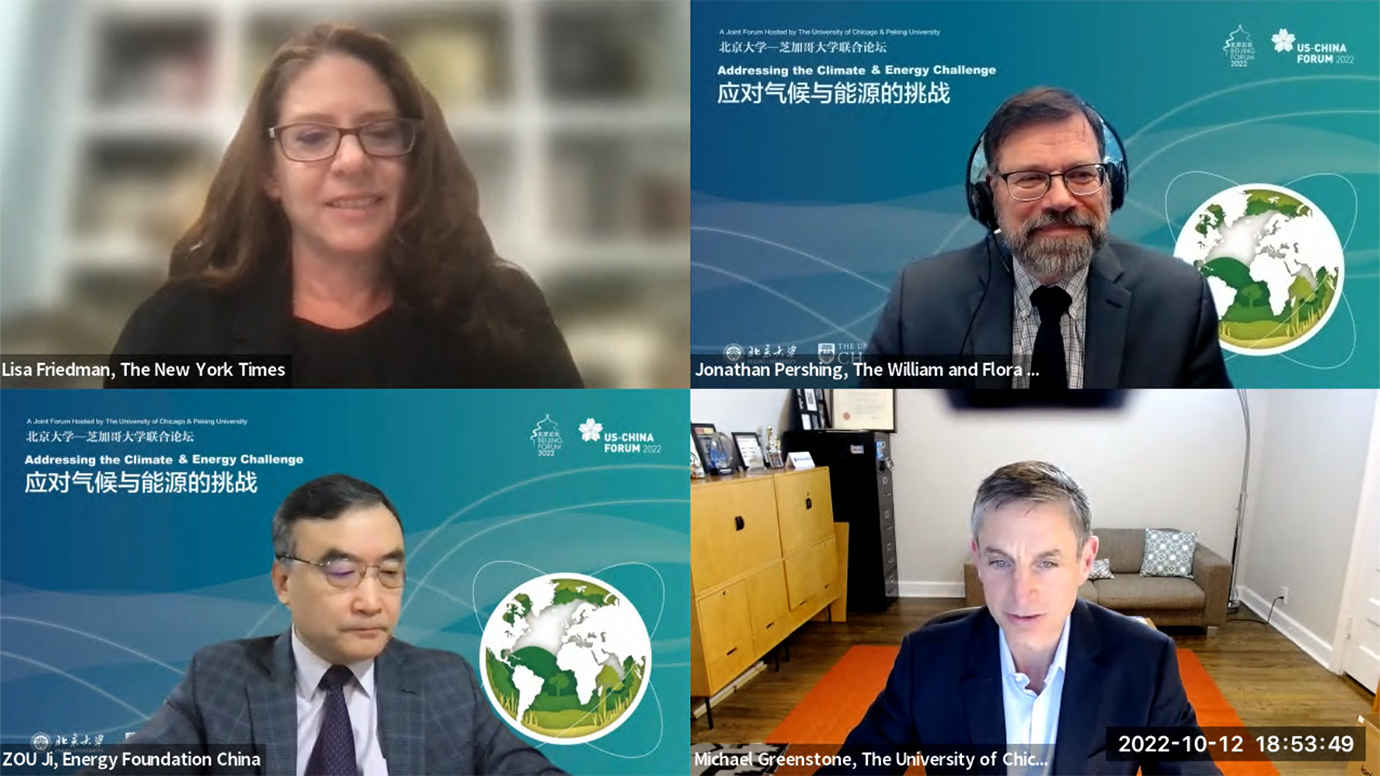 Major commitments from the United States and China have set the stage for concrete investments in emissions reductions in recent months. But according to climate negotiators, in order to retain credibility on the multilateral stage and drive investment from less motivated nations, the two countries must both make real progress toward implementing their own climate resolutions and learn to put aside broader differences to continue working together on this issue.

On Oct. 12, the University of Chicago and Peking University hosted the kickoff event for the UChicago-Peking University Joint Forum on Addressing the Climate and Energy Challenge. The opening event, co-organized with the Energy Policy Institute at the University of Chicago, included a virtual fireside chat on climate democracy between Jonathan Pershing, former Deputy to the Special Presidential Envoy for Climate John Kerry; and Ji Zou, former Deputy Director General of China’s National Center for Climate Change Strategy and International Cooperation and was moderated by Lisa Friedman of The New York Times. The event also featured welcoming remarks from UChicago President Paul Alivisatos, Peking University’s President Gong Qihuang, and Consul General Zhao Jian.

About the UChicago-Peking University Joint Forum

Throughout October and November, the UChicago-Peking University Joint Forum on Addressing the Climate and Energy Challenge will continue through a series of virtual discussions on the two nations’ roles and opportunities in combating and mitigating the effects of climate change in a variety of fields, including the humanities, corporate engagement, health, clean energy technologies and climate-resistant ecosystems. To register for upcoming events in the series or view recordings of past events, visit the event website.

This year’s event is conducted in partnership with Peking University’s premier Beijing Forum and is a continuation of the University of Chicago’s annual U.S.-China Forum series, supported by the China-United States Exchange Foundation. Each year, the U.S.-China Forum brings together renowned experts from the University of Chicago and China for high-level engagements focused on issues of importance to both countries and, by extension, the world. It is intended to spur long-term research collaborations between Chinese researchers and scholars at the University of Chicago. Past forums have addressed economic relations, urban innovation, water and urban development, energy policy, the arts, and welfare reform.