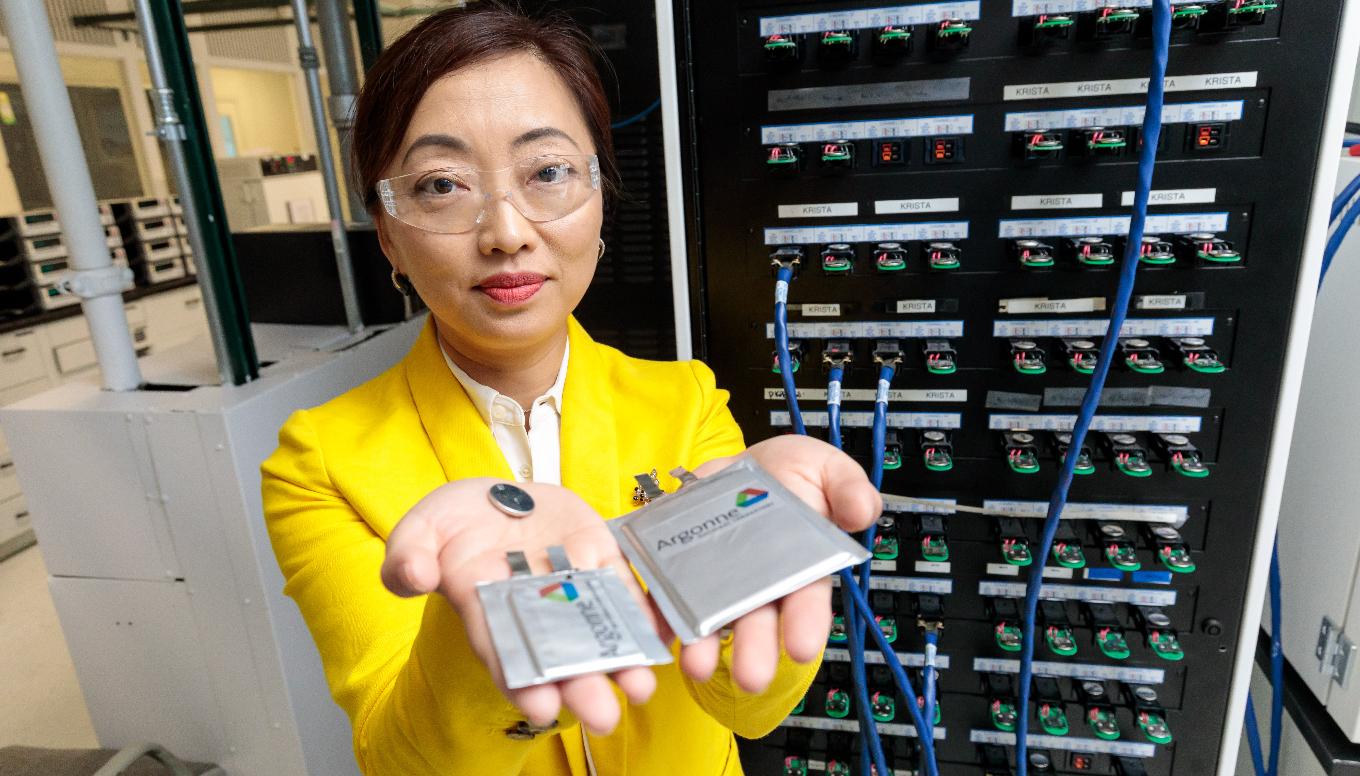 Editor’s note: This story is part of ‘Meet a UChicagoan,’ a regular series focusing on the people who make UChicago a distinct intellectual community. Read about the others here.

Even as a young girl, Prof. Y. Shirley Meng understood the importance of both sustainability and scientific research. Her father, a civil engineer who built hydroelectric dams in her native Hangzhou, China, read her stories of Nobel laureates and encouraged her to embrace cars and airplanes as well as dolls.

As an undergraduate at Nanyang Technological University in Singapore, she pursued an internship with Boeing to learn more about the light, strong alloys used in airplane structures. When she didn’t get an internship, she was devastated. But that disappointment was a turning point — it led to her to pursue an internship with a professor studying superconducting oxide materials.

That experience ultimately set her on the path to becoming a professor and then a global expert in energy storage research. Now a faculty member at the University of Chicago’s Pritzker School of Molecular Engineering and the chief scientist for the Argonne Collaborative Center for Energy Storage Science, Meng has her sights set on creating new technologies that support a sustainable future.

“We are ready to build a dream team to tackle some of the most difficult energy storage problems in the world,” said Meng.

Energy storage wasn’t always a national or societal priority. After Meng received her PhD in materials science through the Singapore-MIT Alliance for Research and Technology program, she joined MIT as a postdoctoral fellow, with the goal of becoming an academic. At the time, in the early 2000s, energy research was primarily focused on hydrogen; battery research wasn’t mainstream.

But Meng’s vision was clear: batteries would ultimately have a huge impact on society, and within the industry, many technical problems still needed solutions. In 2001, she began her PhD thesis research into cobalt-free lithium-ion batteries, designing cathode materials through a unique combination of advanced computation and experiments.

As she moved on to faculty positions at the University of Florida and the University of California San Diego, her research shifted into quantitative study of battery degradation and diagnosis. “I call myself a doctor for batteries,” she said.

Meng used x-ray, neutron, and electron beams to study batteries either after failure or under extreme operation conditions and conducted quantitative analyses of how they operated and degraded. When she found that the cathode materials in batteries often degrade at their surface 1-10nm, she proposed strategies to protect the surfaces, including both new coatings and new electrolyte development — the electron microscopy tools she mastered was proven to be useful to evaluate the effectiveness of those strategies.

That materials work led to the development of a new class of electrolyte materials called liquified gas electrolytes that allows batteries to work at temperatures as cold as -80 degrees Celsius. This type of battery could lead to better batteries for aviation, space exploration, and even for severely cold climates on Earth.

More recently, Meng has been using cryogenic transmission electron microscopes — a tool generally used in biomedical research — to study materials for energy storage. Once again, the advanced diagnosis revealed unknowns to reactive metal anodes such as pure lithium metal — accelerating the commercialization of lithium metal batteries that weigh lighter, are more compact, and are more powerful.